ITRI is now using the new n.jet display system to research and develop novel QLED and OLED technologies. ITRI is looking to replace vapor deposition and vacuum coating with inkjet printing which could reduce the number of steps, increase material utilization and increase display quality.

Last year, Poland-based Ergis Group launched an OLED encapsulation film platform called Ergis noDiffusionÂ®. The company is currently testing its film solutions at customer sites in Asia, the EU and the US, and it is now starting to offer the same platform for the protection of quantum dot films (QD films) used in display and lighting applications. 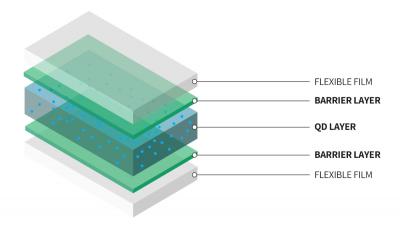 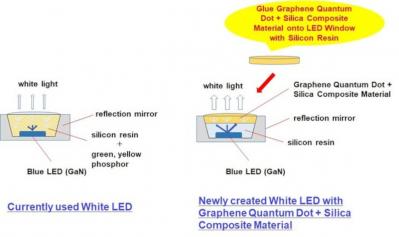 The company says that this is the first adoption of such a material for LED applications. The company says the adoption of the QD and Silica offers superior performance to the currently-used phosphor as the QDs do not suffer from light scattering, and the white LED is more efficient. The material is also not expensive as the graphene QDs can be produced on the cheap. GS Alliance believes the new white LED will be cheaper than current white LEDs on the market.

Researchers at Los Alamos National Laboratory (LANL) have assessed the status of research into colloidal quantum dot lasers with a focus on prospective electrically pumped devices, or laser diodes.

Their review analyzes the challenges for developing lasing with electrical excitation, and presents approaches to overcome them.

A new study by researchers from the University of Illinois Urbana-Champaign and the University of Delaware, Baltimore County, in a collaborative project through the Beckman Institute for Advanced Science and Technology at Illinois, used ultrafast nanometric imaging and found good and bad emitters among populations of carbon dots. This observation suggests that by selecting only super-emitters, carbon nanodots can be purified to replace toxic metal quantum dots in many applications, according to the researchers. 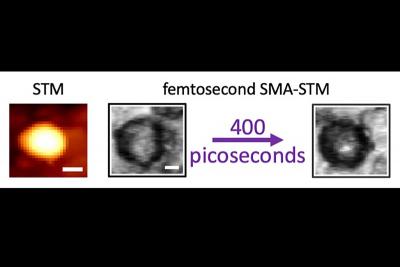 âComing into this study, we did not know if all carbon dots are only mediocre emitters or if some were perfect and others were bad,â said Illinois chemistry professor Martin Gruebele, who led the study. âWe knew that if we could show that there are good ones and bad ones, maybe we could eventually find a way to pick the perfect ones out of the mix.â 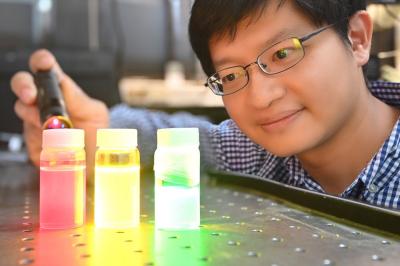 Perovskite QDs can realize single photon emission at room temperature and have excellent optical properties. The research team has developed a unique spray-synthesis method to create these pQDs which greatly increases the contact area of two different solutions, making it possible to grow a uniform protective organic layer on the surface of the quantum dots.

A research team from POSTECH in Korea developed a new method of arranging quantum dots based on the coffee ring effect. The researchers dispersed the QD particles in a solution, and then evaporated it to perform the deposition, which causes the particles to automatically assemble in certain areas, like the edges of a single solution drop.

The researchers report that the QDs self-arranged in the form of very fine pixels, as they used a V-shaped structure. The QDs are driven toward the inner tips of the V-shape and accumulate there. This enables the creation of QD-based pixels that are 20 times brighter compared to regular QDs deposited without the V-shaped structure, and have a high uniformity rate of over 98%.

A team of researchers, which included scientists from SLAC, Stanford, the University of California, Berkeley and DOEâs Lawrence Berkeley National Laboratory, recently explained a process that interferes with making quantum dots brighter - when attempting to increase the intensity of emitted light, heat is generated instead - reducing the dotsâ light-producing efficiency. The results of this new work could have broad implications for developing future quantum and photonics technologies.

In a QLED TV screen, dots absorb blue light and turn it into green or red. At the low energies where TV screens operate, this conversion of light from one color to another is virtually 100% efficient. But at the higher excitation energies required for brighter screens and other technologies, the efficiency drops sharply. Researchers theorized about why this happens, but no one had ever observed it at the atomic scale until now. 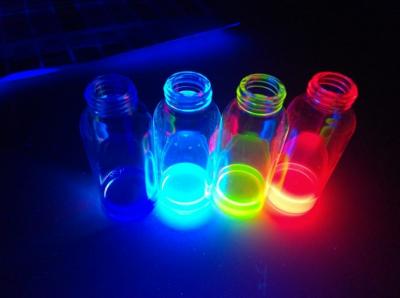 Nanomaterials of perovskite dispersed in hexane and irradiated by laser. Light emission by these materials is intense thanks to resistance to surface defects (photo: Luiz Gustavo Bonato)

"We used coherent spectroscopy, which enabled us to analyze separately the behavior of the electrons in each nanomaterial in an ensemble of tens of billions of nanomaterials. The study is groundbreaking insofar as it combines a relatively new class of nanomaterials - perovskite - with an entirely novel detection technique," LÃ¡zaro Padilha Junior, principal investigator for the project on the Brazilian side, explained.