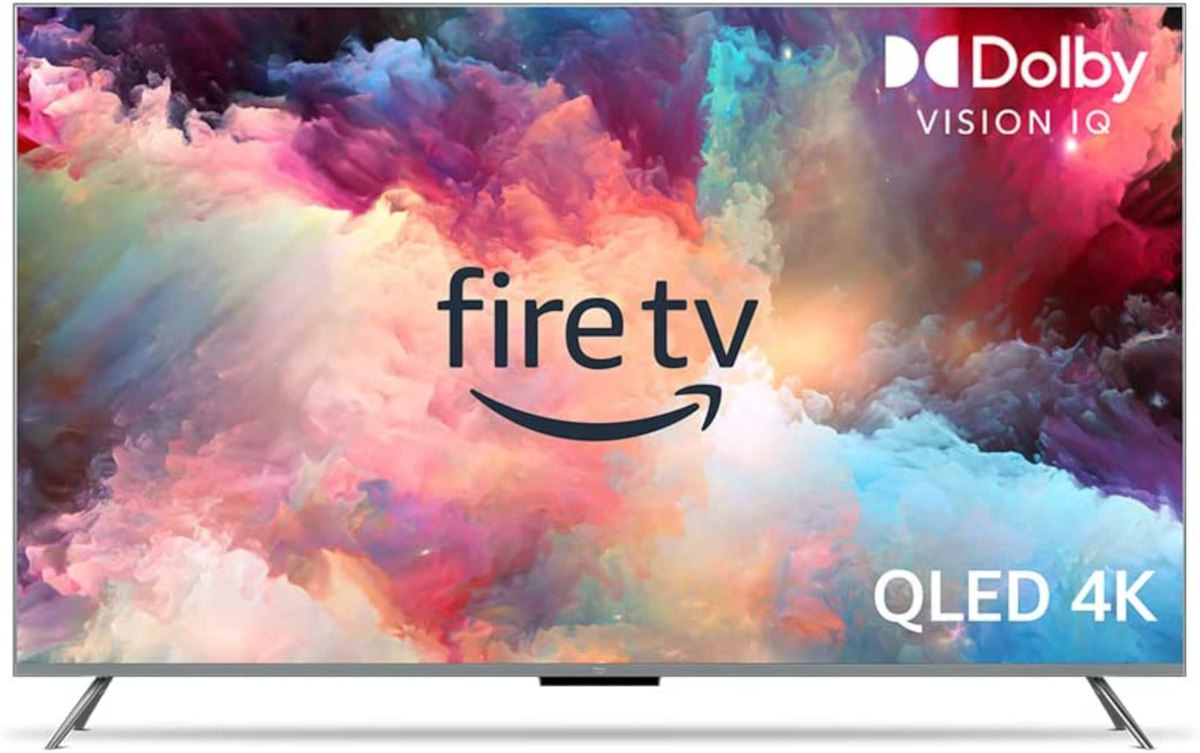 Display market research firm DSCC says that QDEF technology (QD films for LCD displays) will continue to grow at a fast pace, rising from $236 million in 2022 to $326 million in 2025. The main market will remain TV applications. This forecast does not include any perovskite-based films. 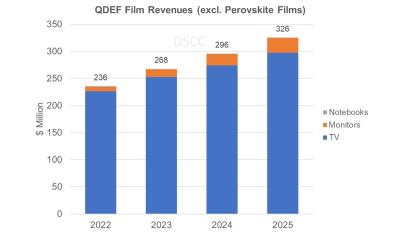 QDEF are quantum dots enhancement films, used to enhance the color gamut of LCD displays. The main display applications for QDEF are in TVs, monitors and laptops.

The company says its films offer longer lifetime and higher uniformity compared to other products on the market.

LG announced its new QNED TV range for 2021, its top-of-the-line LCD TV for next year. The QNED TVs will adopt miniLED backlighting for increased contrast and a quantum dot film for increased color gamut. 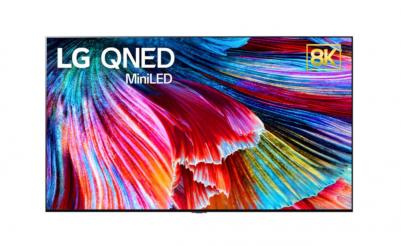 LCD says that the miniLEDs and QD technology will improve its LCD TV picture quality - but it will still behind LG's flagship OLED TV technology. LG did not yet reveal the models themselves, but it says the maximum QNED TV size will be 85-inch.

Meta announced its latest VR headset - which is actually a mixed-reality device (AR or MR/XR) as it allows pass-through video feed. The device is based on QD-enhanced LCD displays and also features a Qualcomm Snapdragon XR2 Plus, and several cameras from the inside (eye and face tracking) and outside. 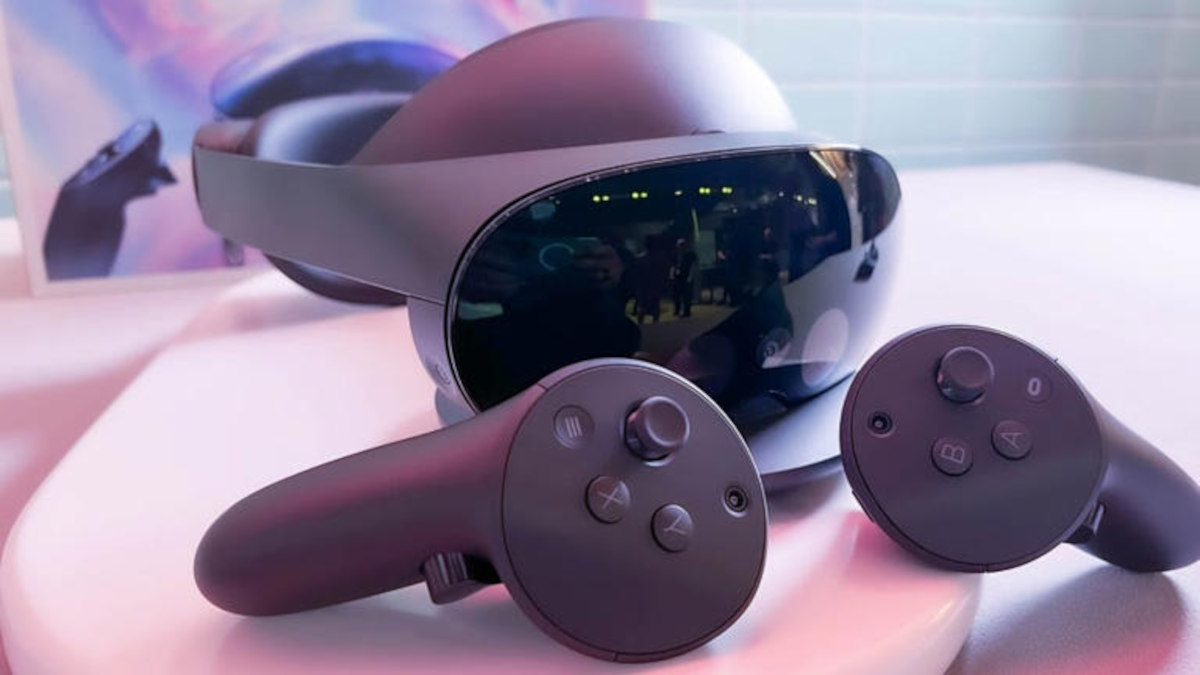 Nanosys says that the new xQDEF laminate film offers high quality QD color and brightness - in a lower-cost package. Nanosys hopes that the new film will unlock new markets for QD displays. Tier-one consumer electronics brands including Hisense, TCL and Vizio are expected to launch display products based on the new components in H2 2022.

You can see several QD-ehhanced LCDs, a prototype microLED microdisplay by glo (which Nanosys recently acquired), and a side-by-side comparison of Samsung's QD-OLEDs and LG's WOLED TVs. You can also see the new xQDEF laminate films developed with Bready.

Market research firm Omdia says that the sale of QD-enhanced LCD TVs will decline in 2022 to $17.67 billion, down 3.1% from the revenues in 2021. This is the first time since 2017 when the first such TVs were introduced, that the market will decline. 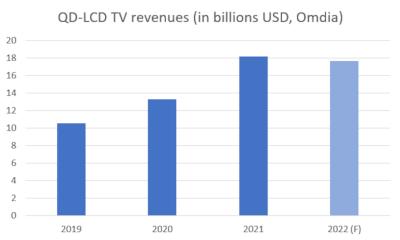 Shipments of QD-LCDs will actually increase this year, but revenues will decline because more of these TVs will be lower in price. 52% of such TVs will cost less than $1,000 this year, up from only 36.5% of the TVs in 2021.

VR headset maker Pimax announced a new device, called the Reality 12K QLED VR. The display used in the headset will be a 5.5" mini-LED backlit (5,000 LEDs) QD-LCD, which achieves a resolution of 12K, a refresh rate of 200HZ and a horizontal FOV of 200-degrees.

The new headset, based on either Qualcomm's Snapdragon VR engine or Pimax's own customized PC VR engine, will also feature technologies such as Nvidia's DLSS, VRSS, DSC, Cloud XR and 11 cameras used for eye tracking and facial expression tracking. It will also support full-body tracking.

The company says that the new funds will help the expansion of its QD for LCD project, and also accelerate the commercialization of its microLED and nanoLED display technologies.